Diversification: More Important Now Than Ever

Globalization has been one of the biggest influences on economies and financial markets over the last several decades. The push for cheaper goods and services, as well as the opportunity to open new markets, has led U.S. companies to move manufacturing and sales overseas. As a result, prices have remained stable over the last several decades, consumers have more choices in goods and services than ever, and the world economy has prospered.

The benefits have been great, but they have not come without cost. The push to keep costs down has led both countries and companies to concentrate their suppliers in order to get better pricing. It also has increased the relationship that local economies and financial markets have with one another. Some have even suggested that diversification is not necessary in today’s globally integrated financial system.

Below is a chart that shows the correlations of US Stocks & International Stocks. After a long period of a stable relationship between countries, we have started seeing that connection break down.

We have seen roll-back in globalization over the last five years because of a political push in many countries toward a tougher stance on immigration and open trade. In addition, the coronavirus pandemic and resulting hit to the global economy has led many countries and companies to rethink their push toward globalization over the last several decades.

The crisis we now face has exposed many unintended risks. Both countries and companies have seen major disruptions in supply chains of essential goods. According to the Wall Street Journal, “At least 75 countries, including global-minded governments like Germany’s, have restricted exports of critical medical supplies. Another flaw is the inordinate dependence on China. It supplies 42% of the world’s imports of personal protective equipment.” We have also seen central banks and governments reacting in response to one another in order to stabilize their local currencies and economies.

What does this all mean for investors? Maintaining a globally diversified portfolio is more important than ever. As the push toward less integration and a more dispersed supply chain gains traction, we could see the relationship between global financial markets loosen as well. This should also create new opportunities for countries, industries, and companies that may have lost out in the past because of globalization.

The above chart shows the annual asset class returns ranked in order going back to 2005. As you can see from year to year, it is very difficult to pick the winning asset class. A globally diversified, balanced portfolio (shown in blue) prevents having to guess who the winners or losers will be. Also, for all the press the S&P gets, it was the leading asset class in only three out of the last 16 years.

If you have any questions about anything in this article or if you have friends or family that might benefit from having a discussion with us, please reach out to your Telarray Advisor.

A Message of Thanks

As I reflect on the last 20 months, it’s clear that we have collectively experienced one of the most intense and uncertain periods in history. 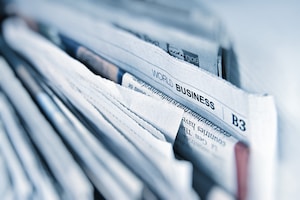 Hedge funds, private equity, VCs – Why they’re NOT for us

New clients at Telarray are offered a session at the beginning of our relationship to discuss the Telarray approach to investing. It’s a lot to process in an hour or

Behind the Scenes: Meet the Department of Client and Employee Experience

As our valued client, you know your Advisor well, but at Telarray, we have many skilled professionals who work behind the scenes, helping build your