The Value of a Dollar

Just like with most financial assets, 2020 is shaping up to be an exciting year for the dollar. As with other asset classes, we have seen significant volatility here due to the COVID-19 crisis and ongoing economic uncertainty.

Most investors don’t spend much time thinking about the effect currencies have on their investing outcome. However, the value of currencies reflects a wide array of economic expectations and has direct effects on the global economy.

How does the dollar, as the global reserve currency, play a central role in a diversified investor’s portfolio?

A company’s revenues and earnings are affected by the strength of the dollar.

The world has become more globalized over the last 40 years. The rise of technology and the end of the Cold War allowed companies to do business more easily than ever all over the globe. According to Factset, international sales now make up about 40% of total revenues for S&P 500 companies. The value of the dollar plays a considerable role in a company’s revenues and earnings with such a reliance on international sales.

While a stronger dollar is good for US consumers buying foreign goods, it is not so good for US businesses that sell their products and services overseas. A stronger dollar makes it more challenging to compete abroad since US goods and services are more expensive to foreign buyers. Companies also face the challenge of converting those international sales back to US dollars as they bring them home to investors.

The dollar is a gauge of financial stress in markets.

The dollar reigns supreme when we are talking about global currencies, because of its unique status as the global reserve currency. That means that most banking reserves, both US and foreign, are denominated by US dollars. In fact, according to the IMF, the dollar makes up almost 62% of world reserves; 40% of global bonds are denominated in US dollars.

When financial markets come under stress, financial institutions bolster their reserves in order to weather the storm. This stress drives up the demand for US dollars globally.

During both the Global Financial Crisis of 2008/2009 and the volatile market activity in March of this year, we saw a spike in the value of the dollar vs. other currencies as external shocks hit the financial system. Most recently, the dollar spike was occurred while governments were forced to shut their economies down to slow the spread of coronavirus. As central banks mobilized to stabilize the financial system and economies have been allowed to reopen, we have seen the dollar stabilize in price.

The dollar is an economic indicator.

A country’s currency acts as a barometer of a country’s underlying economy. It not only reflects economic and political expectations for a country but, as we have seen, economic activity within that country. If economic and policy expectations are favorable for a nation, we should see an increased demand for that currency. This increased demand is caused by investors purchasing assets in that country to get their piece of the growing economic pie.

This relationship is what we have seen over the last 10 years, when the growth of the US economy has led any county in the developed world. Over this same time, we have seen the US dollar appreciate dramatically in value.

Yet the years 2002 thru 2008 saw just the opposite. The US economy was still recovering from a recession caused by the tech bubble bursting as well as the terrorist attacks on September 11, 2001. International economies fared better during this period, and those countries’ currencies saw an appreciation relative to the dollar.

The dollar affects the returns on international investments.

When you buy a foreign investment, you are getting exposure to two investments. One is the underlying investment, and the other is the foreign currency of that investment. In the long run, currency has no intrinsic effect on return. However, in the short- to intermediate-term, currency can have a significant impact on an investment’s performance.

The chart below shows the three-year return in blue vs. the 20-year return in orange. In the short run, the return from currency was between positive 10% and negative 10%. In the long term, we did not see much contribution to the return at all.

If economies and currencies move hand in hand, why take the currency risk in the first place? The truth is that although economies and currencies tend to move together, the relationship is not exactly one for one. Because they are not in lockstep, you get another layer of diversification built into the portfolio. The second reason is that there is a cost of removing this currency risk from the portfolio. And since the long-term return from currencies is zero, you should expect a negative expected return from eliminating this currency risk for a long-term investor.

As you can see, the dollar plays a crucial role in the global financial system. It dramatically affects companies’ earing and sales, which translates into the returns that investors enjoy. The dollar can signal weakness in the global financial system as it is seen by a seen as a safe-haven asset by global investors and financial institutions. The dollar shows us how the US economy is doing compared to the rest of the world. And finally, it helps explain short-term performance differences between US and international investments.

That’s why keeping our eye on what is happening to the dollar is very important to the long-term investor. If you have more questions or would like to know more about your investment portfolio, please contact your Telarray Advisor directly. 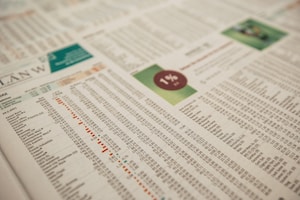