The Rise and Fall of GameStop

We have watched the excitement around GameStop closely over the last few weeks, and the story is coming to a predictable but unpleasant end. We originally thought there was no reason to communicate on the subject since the story is so different from what we do at Telarray, but interest is so high now that we wanted to share a few important lessons.

This time is not different

In most manias, including this one, there’s a sense even among the participants that the cart is getting in front of the horse. There is always a justification though, and in this case, it was that the possible price of GameStop could go up forever due to the large short interest against it. In such a short squeeze the price can go many multiples greater than anyone expects, but each time the stock rises a dollar it becomes more separated from reality. The giddy highs are proportional to the downward velocity and pain in the subsequent decline.

There is no free lunch

There are good investors and bad investors, and they both want a sure thing: a short term, foolproof way to make a lot of money. The difference is that good investors know this is impossible, while bad investors relentlessly chase the next “sure thing.” If it is widely, publicly known that something is going to happen, like GameStop going to $1,000 a share, sophisticated financial players will relentlessly exploit that trend far quicker than an average investor can even know it’s happening. Lots of people have bought GameStop in the last few weeks at triple-digit prices, but only a select few got in and held months ago below $10 a share. We hear a lot about those people, but there just aren’t that many of them — because it was not a sure thing back then!

A stock price can’t go up forever, and the force of gravity – in this case, reality — tends to pull it down. The worse off the company is, the heavier that gravitational pull. Warren Buffett says you should think of the market as an actual person named Mr. Market, who sits across from you and offers to buy and sell any stocks to you at any time. Sometimes he is horribly depressed and quotes very low prices, but sometimes he is manic and giddy and will buy and sell to you at shockingly high prices. There’s no good reason Mr. Market would sell you GameStop at $2.57 less than a year ago and $483 last week. The company sure hasn’t become 180x better. The true value is probably somewhere in between (assuming they stay in business!), and closer to $2 than $200.

Stocks are not pieces of paper separated from common sense

Anything that applies to a share of stock applies to the whole thing. In mid-2020, you could buy the entire GameStop company for $180 million. Last week (briefly) the company was valued at over $24 billion. To put that in perspective, think of a neighborhood kid offering to sell you their lemonade stand. Say it cost $100 to put together, and last year she offered to sell it to you for only $30 because despite it being busy, she was losing money on every drink sold. You might think you could turn things around, so it’s a good deal at $30; you might be right and you might be wrong. If this was GameStop, it would be as though she’s now offering to sell you the same money-losing $100 lemonade stand… for $5,600. Of course, you could just build a new one for around $100 so $5,600 is just not a compelling deal.

Earlier, we said it’s impossible to find a sure thing that pays off big in the short term. We can’t offer you a sure thing in the long term either, but our portfolios at Telarray are designed to be as close to that as we can possibly achieve. As long as the world economy continues to move forward and the many decades of academic research that underly factor-based investing don’t suddenly unwind, our portfolios should weather the challenges and provide favorable returns without undue risk as we look to the future.

It’s fun to watch the market fireworks from the sidelines and maybe even buy and sell a few shares of a hot company. You can do that with a small portion of your money, with the knowledge that your Telarray investment team is managing the rest of it with your long-term results in focus. What we do may be less exciting, but in the future, we think you’ll be much happier with the results. 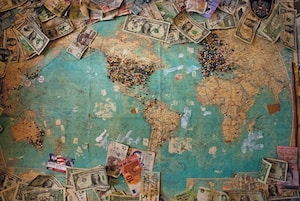